Claim in favor of INRI CRISTO

Along his peregrination on Earth throughout Latin America and Europe, INRI CRISTO was loved and well received by some, misunderstood and derided by others. In November 7, 1979, due to a bruising statement in the Venezuelan media, INRI was expelled from Venezuela towards Rio de Janeiro, then we went to the Central America, Mexico and, passing through Miami’s airport, followed to Europe. He spoke to the people at the public squares in Spain and Portugal. Just as he walked into English land, INRI was expelled from Dover and sheltered in France, where he remained during seven months before returning to Brazil in 1981.

Realizing that INRI was disappointed with the British men’s attitude, the French people told him that in England a professor had left an inheritance to Christ, and perhaps that was the reason for their rejection. The professor’s name was Ernest Norman Digweed and he was categorical in his request. In his testament, he left a written registry (the whole content comes next):

We do not know if this was the real reason why INRI’s presence was hindered in England. However, by certifying the veracity of the information given by the French, we claim that this inheritance be delivered to whom it is deserved and destined to, that means, to INRI CRISTO. Since the revelation of his identity in 1979, he asserts to be the same Christ of old crucified. The authorities of the Brazilian Juridical Power officially recognized him in October 2000, conceding the documents with the registry of his new name (“To whom that wins… I will write upon him the name of my GOD… and my new name” – INRI – Revelation c.3 v.12). For spiritual reasons, INRI CRISTO does not or will ever own material possession, he is not moved by personal ambition. We only claim for this inheritance as a matter of justice and as a posthumous homage for the meritorious Ernest Digweed, allowing that his soul rests in peace.

Now that England comes up against a scenery of political and economic adversities intensified with the advent of Brexit, it is a favorable occasion to wonder about this fair claim in favor of the consolidation of GOD’s Kingdom on Earth, formalized as SOUST, new mystical order established by INRI CRISTO on the historical Feb 28th 1982 (see the complete history on the websites  www.inricristo.org.br / www.inricristo.net / www.inricristo.org ). 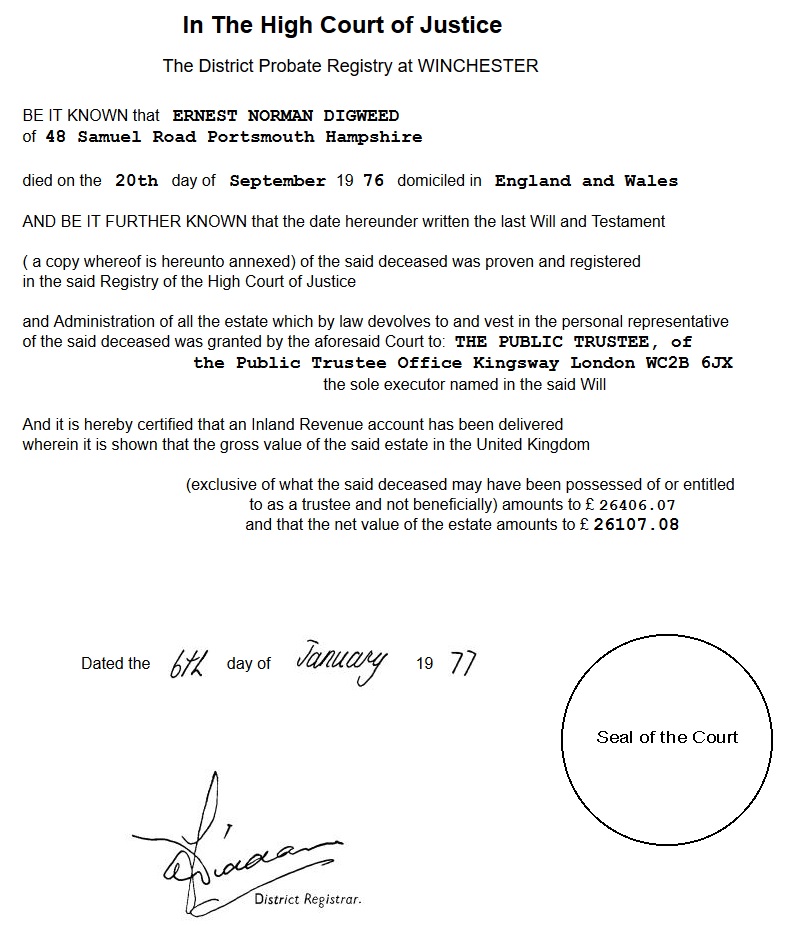 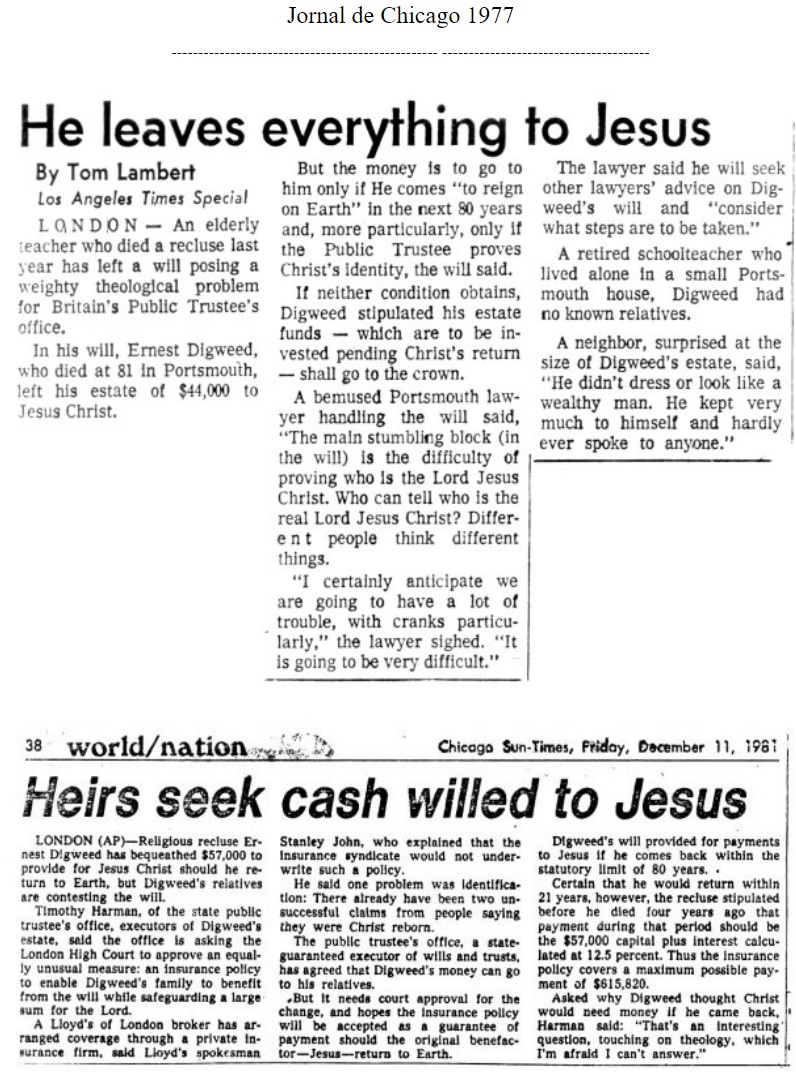 SOUST’s Memorial and earthshaking History of INRI CRISTO in Rome

8 Prophecies proving that CHRIST is already back on Earth

INRI – the name that cost the price of blood